Katla house is about 270 km from Keflavik airport,about a 2,5 hour drive.
A baby crib is available and a high chair. As well as kids cutlery.
Please note :
Bed linen and shower towels are 2000 isk per person,not included... paid at the house in cash.
All prices include 11 % tax.

Bathrooms: 1,5
NOTE: one shower in house.
A large bathroom with shower,another smaller wc and a laundry room with a washing machine and a freezer.
Dining room and living room are adjacent with great views.
Large and fully equipped kitchen with a dishwasher,coffee maker,microwave, toaster,mixer,sandwich grill,refrigerator and a gas cooker.
32" tv panel,a dvd player,dvd´s for kids,board games ,cd player as well as cd's and a Bluetooth speaker Wi-Fi wireless access at the house.
A large terrace with a BBQ table and chairs

Experience a great view of the Aurora Borealis when they present themselves during winter months.

Take a day trip to :
Mýrdalsjökull glacier 30km.
The icecap of the glacier covers an active volcano called Katla.

Lakagígar Crater 81km.Craters of Laki
The Laki eruption and its aftermath caused a drop in global temperatures, as sulfur dioxide was spewed into the Northern Hemisphere. This caused crop failures in Europe and may have caused droughts in India. The eruption in 1783 an 1784 has been estimated to have killed over six million people globally,making the eruption the deadliest in historical times. Lakagígar is part of a volcanic system centered on the Grímsvötn volcano and it lies between the glaciers of Mýrdalsjökull and Vatnajökull, in an area of fissures that run in a southwest to northeast direction.

Dyrhólaey 61km.
(120m high) (formerly known as Cape Portland by English seamen)
Located on the south coast, view from up there is interesting: To the north is to be seen the big glacier Mýrdalsjökull. To the east, the black lava columns of the Reynisdrangar come out of the sea, and to the west the whole coastline in the direction of Selfoss is visible - depending on weather conditions. In front of the peninsula, there is a gigantic black arch of lava standing in the sea, which gave the peninsula its name (meaning: the hill-island with the door-hole).

Skógarfoss 79km.
One of the biggest waterfalls in the country with a width of 25 metres (82 feet) and a drop of 60 m (200 ft).At the eastern side of the waterfall, a hiking and trekking trail leads up to the pass Fimmvörðuháls between the glaciers Eyjafjallajökull and Mýrdalsjökull. It goes down to Þórsmörk on the other side and continues as the famous Laugavegur to Landmannalaugar.

Langisjór Lake 60km.
The lake is situated rather far from civilisation at the south-western border of Vatnajökull at an altitude of 670 m above sea level.
It is around 20 km in length and up to 2 km wide, with a total surface area of about 26 km² and a depth of 75m at its deepest point.

Landmannalaugar 70km.
A popular tourist destination and hiking hub in Iceland's highlands. The area displays a number of unusual geological elements, like the multicolored rhyolite mountains and expansive lava fields.The many mountains in the surrounding area display a wide spectrum of colors including pink, brown, green, yellow, blue, purple, black, and white. Two of the most popular mountains among hikers are Bláhnjúkur (meaning "blue peak") and Brennisteinsalda (meaning "sulphur wave").

Seljalandsfoss 105km.
One of the most famous waterfalls of Iceland,drops 60 metres (200 ft) over the cliffs of the former coastline. It is possible to go behind the waterfall.

The boat to Vestmannaeyjar 75km.
Vestmannaeyjar came to international attention in 1973 with the eruption of Eldfell volcano, which destroyed many buildings, and forced a months-long evacuation of the entire population to mainland Iceland.

Eyjafjallajökull 86km.
The ice cap covers the caldera of a volcano with a summit elevation of 1,651 metres (5,417 ft). The volcano has erupted relatively frequently since the last glacial period, most recently in 2010.

Skaftafell 100km.
A preservation area in Öræfi,the landscape is very similar to some of the Alps, but it has been formed in thousands of years by different influences of fire (volcanic eruptions of Öræfajökull) and water.
Svartifoss (Black Fall) is a waterfall in Skaftafell,one of the most popular sights in the park.
It's surrounded by dark lava columns, which gave rise to its name.
These basalt columns have provided inspiration for Icelandic architects, most visibly in the Hallgrímskirkja church and also the National Theatre,both in Reykjavik.

Hvannadalshnúkur 119km.
A pyramidal peak on the northwestern rim of the summit crater of the Öræfajökull volcano and is the highest point in Iceland. Peak´s height 2,109.6 metres (6,921 ft)

Vatnajökull National park 100km.
An area of 8,100 km², Vatnajökull is the largest ice cap in Europe by volume (3,100 km³)
Under the ice cap there are several volcanoes.
The volcanic lakes, Grímsvötn for exp, were the sources of a large jökulhlaup (glacial lake outburst flood) in 1996. There was also a considerable but short-time eruption of the volcano under these lakes in 2004.
Kverkfjöll (in Vatnajökull National Park)
The mountain range Kverkfjöll (1,764 m) is situated on the north-eastern border of the glacier Vatnajökull.
The mountains are still active volcanoes and under them, there is a very large, very hot magma chamber which leads to the originating of glacier caves. Currently, they cannot be visited because of the risk of collapse. There is a warning sign at the "parking place" near the caves.

Jökulsárlón lake 155km. A must see.......
A large glacial lake in the southeast,on the borders of Vatnajökull park.
Situated at the head of Breiðamerkurjökull, it developed into a lake after the glacier started receding from the edge of the Atlantic Ocean.
The lake has grown since then at varying rates because of melting of the glaciers. The lake now stands 1.5 kilometres (0.93 mi) away from the ocean's edge and covers an area of about 18 km2 (6.9 sq mi). It recently became the deepest lake in Iceland at over 248 metres (814 ft) depth as glacial retreat extended its boundaries.

Or explore the icecaves.....
...plus many more beautiful places within 2 hours drive.The house is very well situated in the south peninsula....

Please treat our "home away from home" with all due respect and leave the house as yo found it :)

A reservation can be cancelled 30 days or more prior to the scheduled arrival date and 80% of the rental price will be repaid. 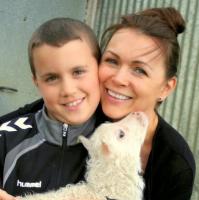 The message was sent.

28 Jun 2021
We are 6 friends that had an amazing time in Katla, very clean and comfortable with a great kitchen for a grand dinner party. Highly recommend!

29 Mar 2021
Incredibly cozy and nice!
We had an amazing time even when there was a snow storm outside 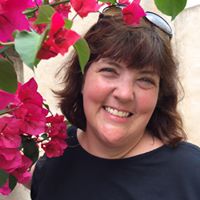 02 Jul 2019
This house was our first of 4 rentals in Iceland and by far our favorite! The beds were comfortable, the house was clean and homey, and the location was a great base for exploring South Iceland. Very private but near Vik for necessities.

20 Jul 2015
Beautiful house. We were five adults and had plenty of room and privacy. We did all of our own cooking and the kitchen/dining room were just fabulous for our needs. Good location for exploring the southern ring road, the highlands and even as far west as the glacial lagoons. Both bathrooms are downstairs. We wish the owner had included some information about the history of the house and its furnishings.We would definitely recommend this house for a group or a family. (We saw lots of stuff suitable for kids of all ages, but we had no children with us.)

14 Jul 2014
We were very happy with this house - lots of space both indoors and outside and well equipped. Very nice landlady.

29 Mar 2014
The most wonderfull experiance and the most beautiful house that we stayed during our trip in Iceland! House is well equiped with everything that you will possibly need. Very cosy and very tastefully decorated. The most beatiful views from every room in the house. We also saw the northern lights from here! We will be coming back to Iceland in a very near future and will come back here for sure. We'll also recommend it to all our friends visiting Iceland. Thank you so much! We had the best time ever! Marija, Alma & Kristina 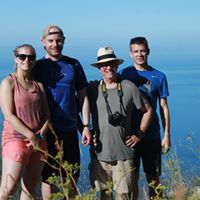 31 Oct 2013
A beautiful location with Vatnajökull National Park and Jökulsárlón within easy driving distance. The house itself has great facilities and is great for a taste of real Iceland.

A little hard to find at first, but go through the entrance to Hrifunes Guesthouse and down the hill and the house is at the bottom.

Welcome to Bungalo. You have been logged in and you should recieve and email with further information on how to use the website

Please finish your profile by filling in the following information.